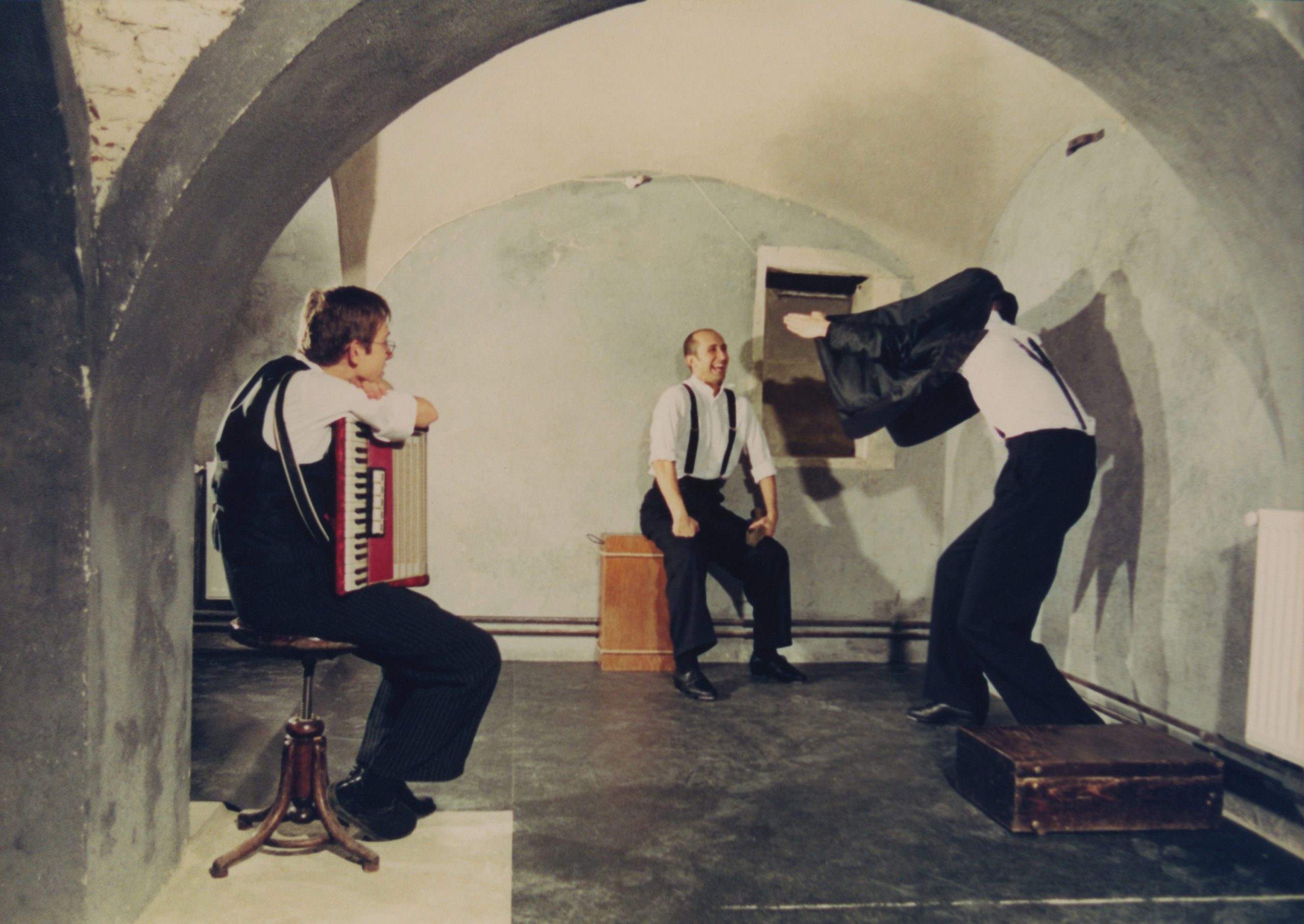 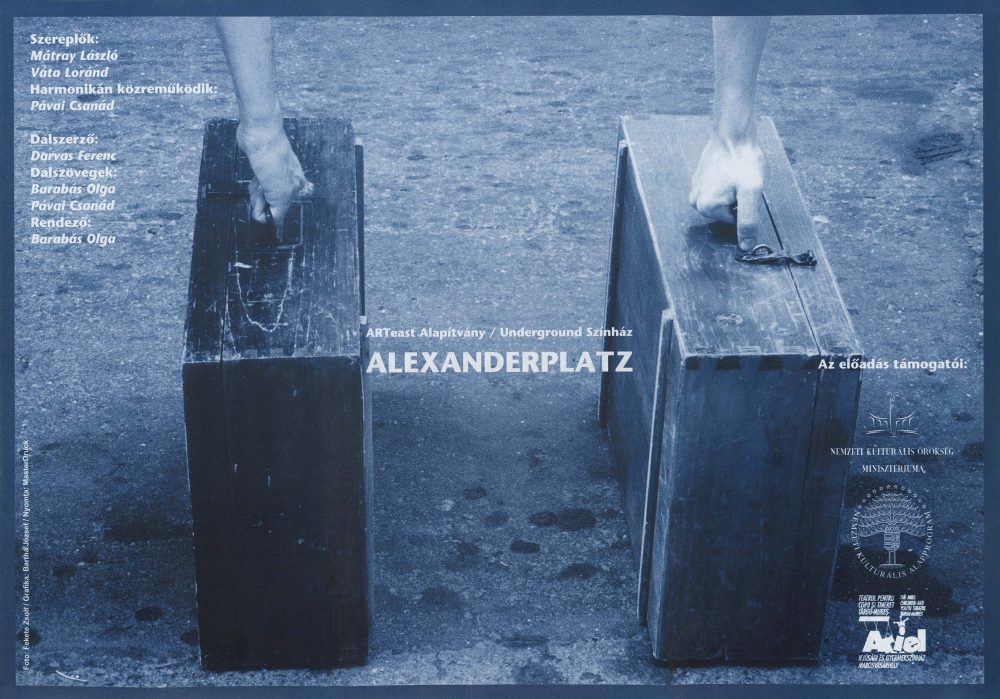 The production of Alexanderplatz by the ARTeast Foundation was the first Hungarian performance in the Underground Theatre which had been housing experimental, non-conventional manifestations for a year. Meanwhile, the performance was another premiere; since it came to life with financial support from sponsoring programs only, it was independent of any budgetary institution. This accomplishment is a significant step forward towards the reform of the theatrical structure, which is currently stifled by the rigid frame of the “state theaters”. The theme of the play raises a very important current problem: it is about finding a home. It attempts to answer the dilemma of individuals seeking the fulfillment of their desires and personal self-realization, who are searching for a realm where dreams come true and become tangible- if there is such a place. Does it exist at all? The subject unfolds along the story of a friendship between two young men.
The script of the play is based on fragments and motives from the works of- mainly German- 20th century writers related to Berlin: Alfred Döblin, Christopher Isherwood, Egon Erwin Kisch, Siegfried Lenz, Thomas Mann, Rainer Maria Rilke. As for its form, it is inspired by the Berlin cabaret of the 1930’s with its characteristic music (song) as well as specific dance- and gesture culture. This peculiar style defines the relationship between theatrical space and community in a unique way, thus creating a theatrical language of its own.
The performance was directed by Olga Barabás, the composer is Ferenc Darvas, the lyrics were written by Olga Barabás and Csanád Pávai. Actors: László Mátray, Lóránd Váta. Music performed on accordion by Csanád Pávai.