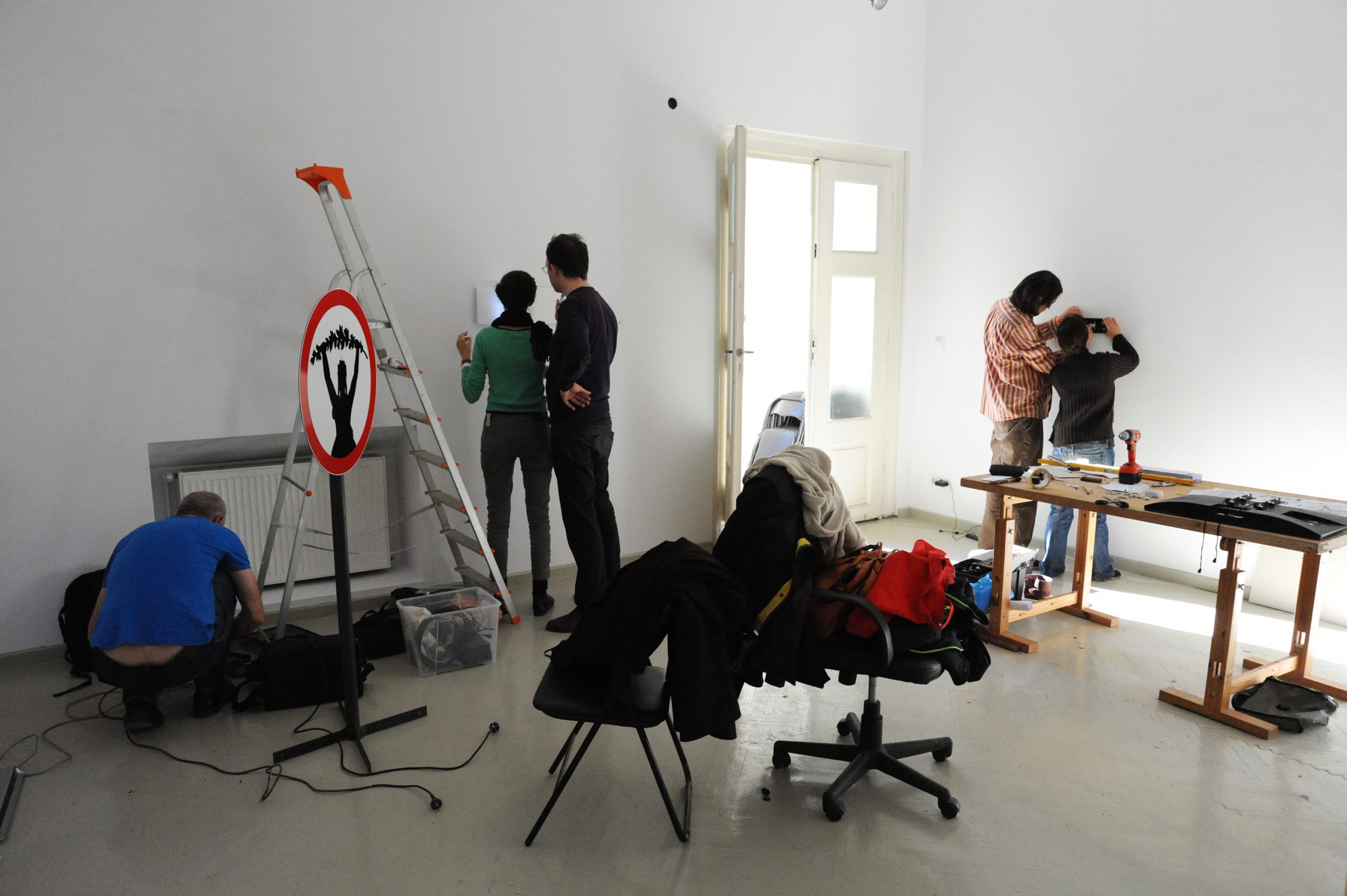 Preparation for the exhibition COULEUR LOCALE 2, B5 Studio, Târgu Mureș, 2013. In the picture (from left to right): Dénes Mikósi, Márta Adorjáni, Szilárd Miklós, Attila Kispál, Ágnes Evelin Kispál. In the foreground: installation by Dénes Miklósi, The concept of authority. Logo of the Romanian National Opera in Cluj-Napoca.

„Today, when it comes to cultural forms and artistic means of expression – due to its easier communication than ever before and its wide international spread – it is natural for individual modes of self-expression to globalize and become part of the syntagm of ‘culture anywhere’. An interesting question is how the characteristics of a place or ‘local spirit’ appear in culture and the fine arts? What can be contrasted with an approach that does not pay attention to the specifics of the generalizing, space, time, and local worlds? (…) So what does it mean to search for and rediscover the local curiosity in the vision of a group of young and middle-generation artists from Transylvania? At first glance, perhaps, is the fact that artists can easily find inspiration in the moments of Romanian-Hungarian cultural division and forced togetherness, the inventory situation of transfer and takeover with historical power changes, separation or the expropriation of culture. That is indeed the case, but they do not do so in the spirit of some loud activism and the ruthlessness of ‘savior purposefulness’, but at the same time they are able to view it with an ironic distance, exploit the tension inherent in generating creative meaning surpluses. (…) The thematic overview of the exhibited works (mostly installations and video installations) should be no more than open alternatives, outlining mere points of reference that do not represent some kind of external, intellectualizing metanarrative in relation to the pictorial world of each work or the in the film narratives.” – Imre Ungvári Zrínyi