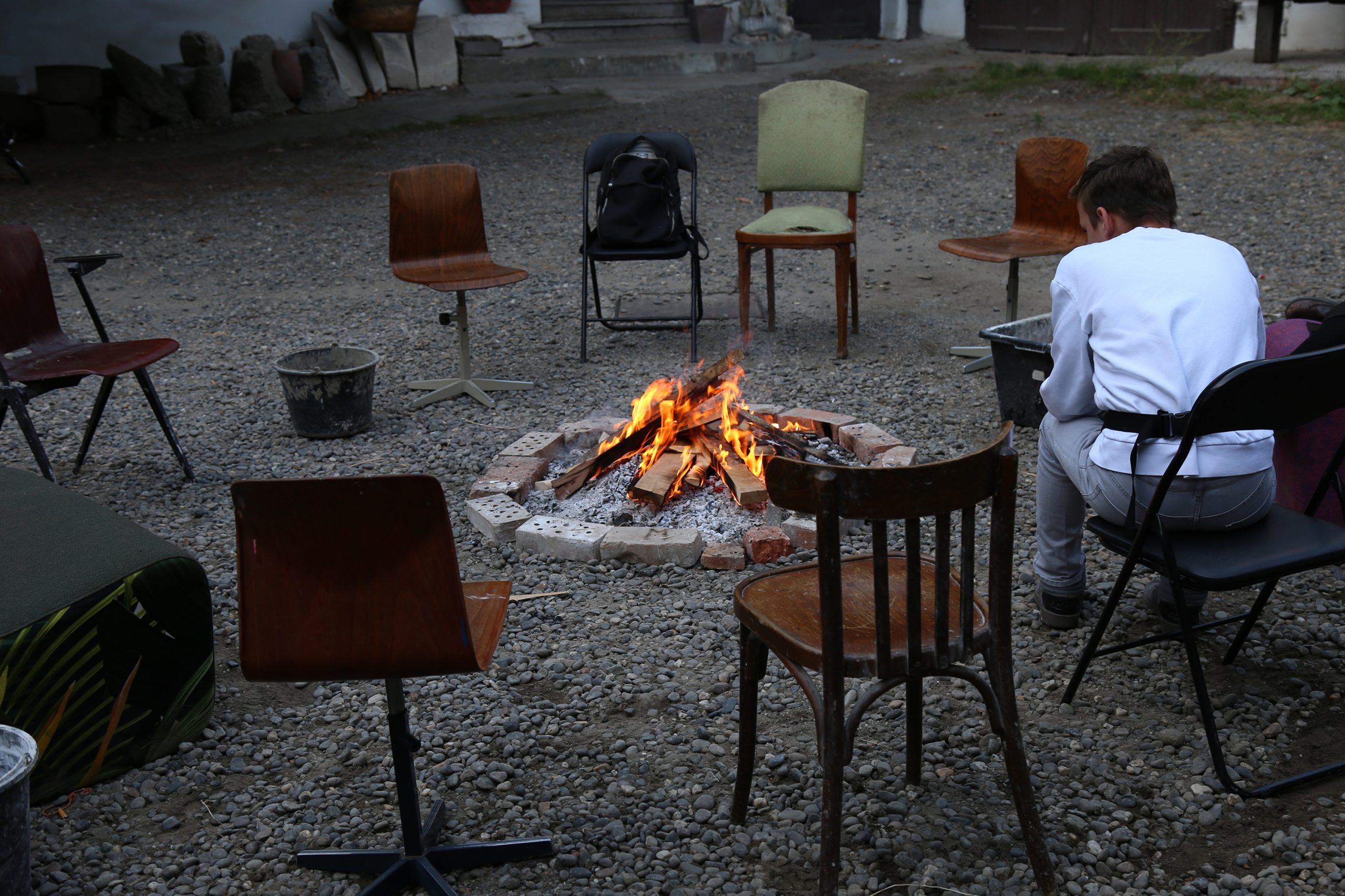 János Sugár, Fire in the Museum, 2019, White Night of the Art Galleries, photo of the event, Bolyai Square 5 courtyard, Târgu Mureş. In the picture: Dániel Bartha. 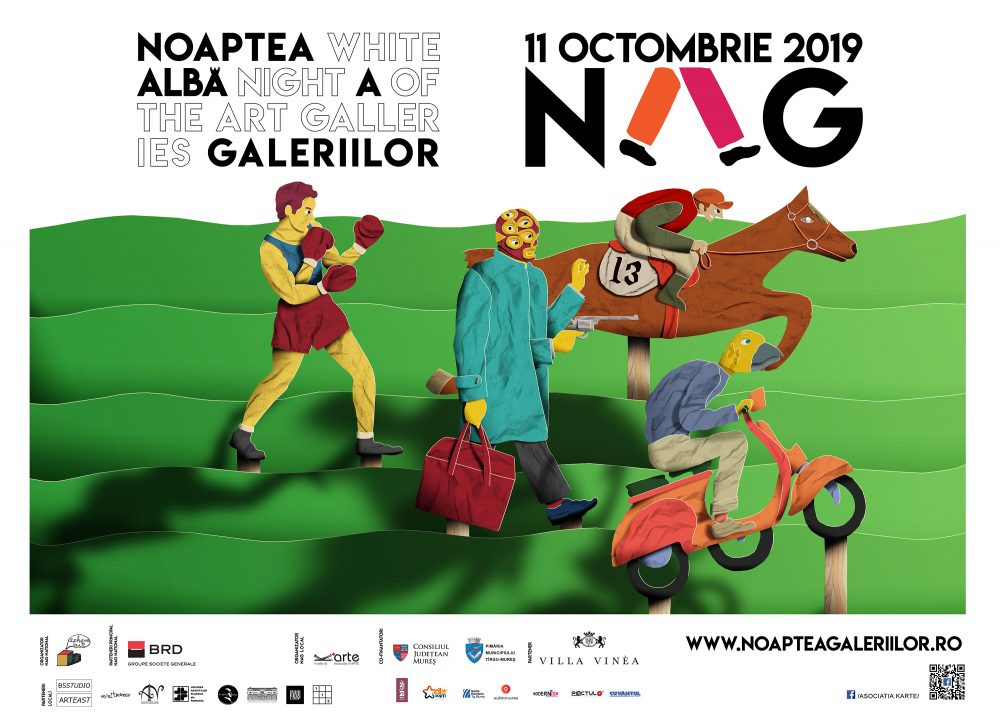 Event art
Fire in the Museum

In 2007, I came across a remark from my former college sculptor, Tamás Vigh, which says that the monument on the Kossuth Lajos Square (which preserves the memory of the 1956 revolution and of its heroes, proclaims the ideas of the revolution) could have been realized only if two people came out of the Parliament in the morning and set a fire every day, and would nourish the flame until late at night. Commemorators could surround it. As long as the two people would come out to set the fire, they would have a revolutionary, living monument in Kossuth Lajos Square. For me, as I was reading this, the fire appeared in an exhibition space, in the church hall of the Kiscelli Museum in Budapest, where volunteers would alternately guard and feed the campfire, it is possible to apply for this job. Around the fire there are chairs, a mattress. The fire can be fed with the prepared wood, personal papers can be burned, but you can just watch the fire from the chair or even bake bacon. The title, Fire In The Museum, also means that a living, dangerously irreversible process enters the museum’s special space, that needs to be taken care of and can only be viewed as long as it is cared for; in other words, as long as they are paying attention to it. The original idea seemed to come true in 2012, but at the last minute of the organizational process, despite all official permits, it was abandoned unexpectedly. Three years later, in 2015, it took place for the first time at the Budapest OFF-Biennale, and the fire burned without interruption for 21 days. Subsequently, as part of the Drinkers of Quintessences group exhibition in 2018 in Montreal, in the Darling Foundry, then in 2019 at Casino Luxembourg the fire burned for two months each. – János Sugár