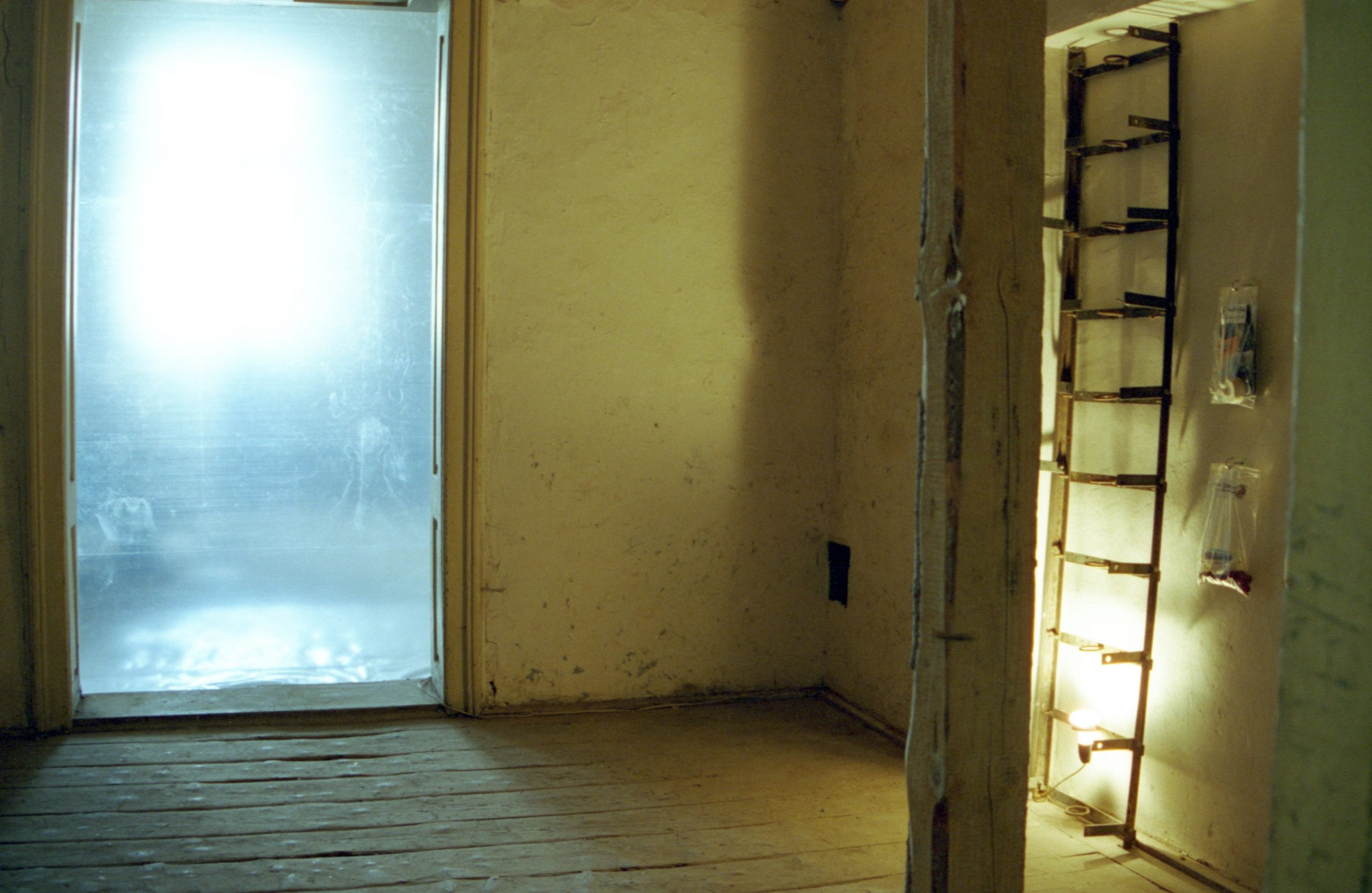 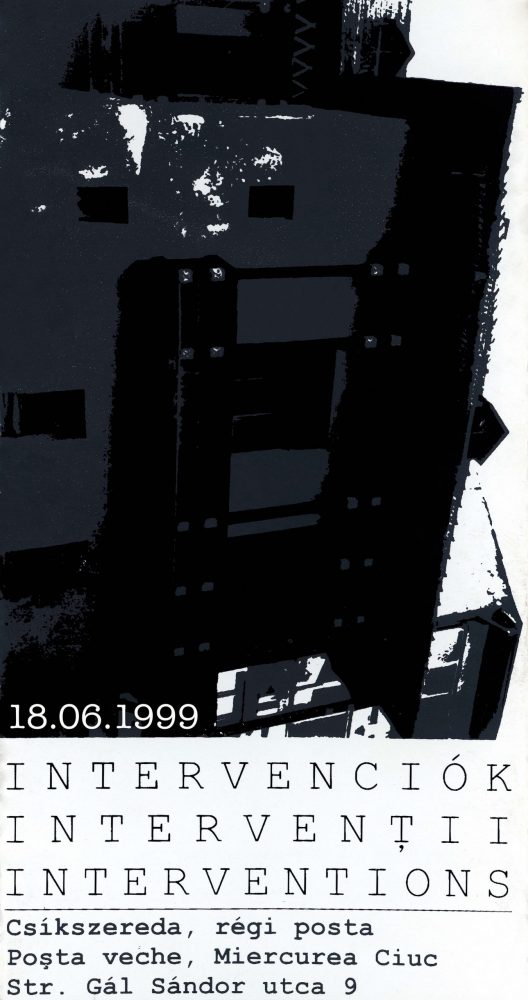 „The term art intervention applies to art designed specifically to interact with an existing structure or situation, be it another artwork, the audience, an institution or in the public domain. The popularity for art interventions emerged in the 1960s, when artists attempted to radically transform the role of the artist in society, and thereby society itself. They are most commonly associated with conceptual art and performance art.” (https://www.tate.org.uk/art/art-terms/a/art-intervention) The aim of the intervention is to create a new dimension by changing the existing one, interventions change the message of the media, give new function to objects.

József Bartha and László Bányász organized a one-day art event in the emptied and dilapidated Old Post Office in Miercurea Ciuc. The event was entitled Interventions, where each invited artist intervened on some level in the space and atmosphere of the building. The artists mostly used the objects and elements found there.

The one-day action of the Vizeg Group (Csaba Csiki, Szilárd Filep, Péter Szabó, Barnabás Vetró Bodoni (Baji)) consisted of an event separating themselves and closing them into a room with a foil, from which sounds recorded in advance from the new post office building were heard while the four artists his indoor activities remained secret from the public. Related to the action are four exhibits, four gift packages put together by Vizeg Group artists for the other four exhibiting artists, mostly from items in the old post office building. The items in the packages also conveyed certain messages to the audience visiting the event. The theme of the action (according to the recollections of Barnabás Vetró Bodoni) was isolation and the transparency and opacity of the current institutional systems.

Dénes Miklósi used the headline of an important magazine related to his childhood to evoke the spirit of the magazine and the mail. During the artist’s conceptual work, he cut the graphic header of the magazine (the text ‘Life and Science’) into one of the doors there, opening the view between the two places. When viewed from the inside, a reverse version of the text could be read. With this intervention, both the magazine and its headline, as well as the two words separately, “life” and “science,” were given a completely different interpretation.

In addition to the objects found, Mircea Stănescu also exhibited a live carrier-pigeon in a cage, alluding to a sense of confinement and freedom. Indirectly, the viewer may be reminded of thoughts and experiences related to the post during the communist era: when they could read, listen to people’s messages, confiscate their letters, and monitor them.

Matei Bejenaru cleaned two square meters of space in one of the dusty, dirty rooms, polished and varnished the parquet. With this intervention, he offered the viewer the hope of renewal and purification.

József Bartha made a rotating structure from the green railings in the Old Post area by welding and renovating. He placed a video camera on one half of the railing. The audience became involved in the creation of the work, because their entry into the space presupposed a shift in the position of the railing and the camera on it, as a result, the video taken by the camera appeared in another room in space, recalling the current and old atmosphere of the postal area.