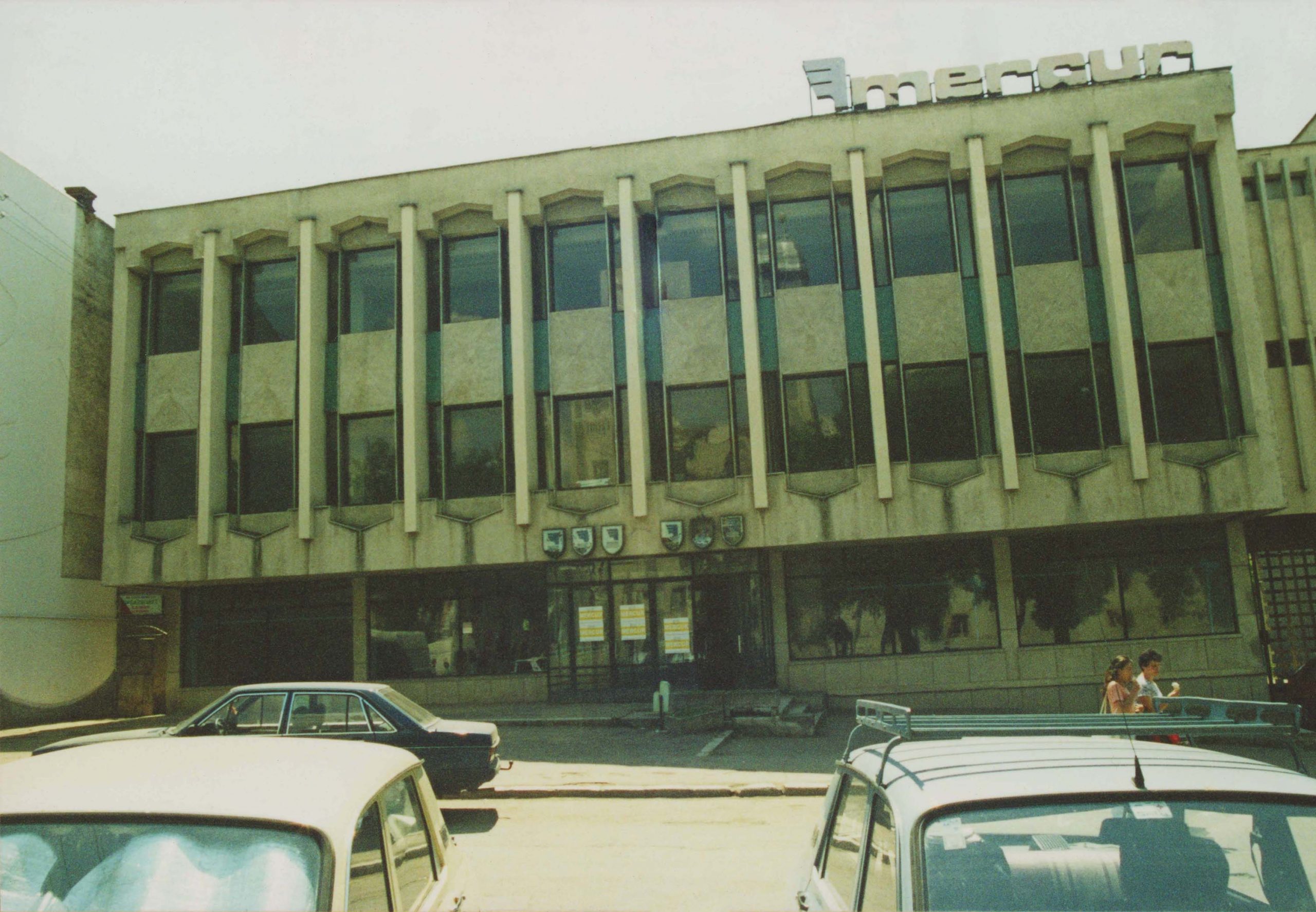 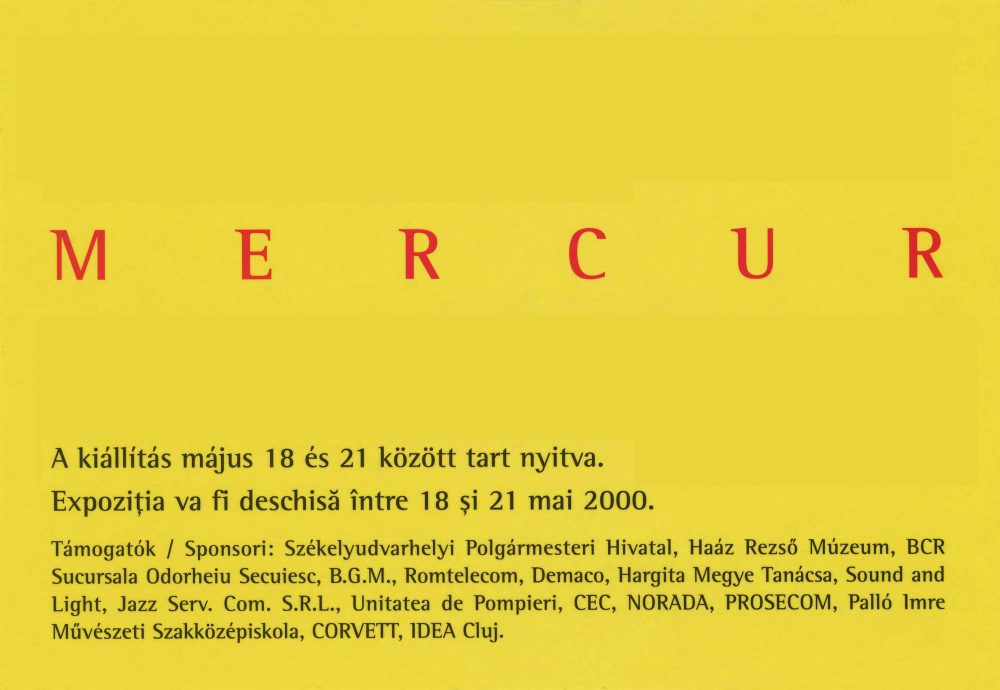 “The artists, who are presenting their work in the former Mercury store today, have examined something for us with this association experiment in terms of the environment and transitions, through art. András Öllerer is setting up a temporary photolab in the cover of an old car, which will be placed in the middle of the hall, recording, developing and exploring all phases of the installation configuration.
An ironic connection characterizes József Bartha’s installation, where the high-tech props of electronic technology and images of the artist’s individual mythology are presented together, as if they were advertisements of the Western or consumer world – the work gives the impression of a strange world transition, where the fragments of tools or the depicted images are ritual rather than technically functional. An interesting solution is Gabriela Lakatos’ installation: an oversized image of a putto child unfolds horizontally on the floor. The warm painted surface contrasts with the cold and gloomy atmosphere of the disused store, the image composed of fragments of mosaics becomes a sign of the horizontal extent of human relationships, starting from the family nucleus. Zsolt Siklódi’s installation was a collection of his older graphic works and films (made using traditional techniques) and digitized variations, re-interpreted high-technically. His installation depicts technology as a media environment installation, but the unused space does not play a decisive role in it. The installation of Dénes Miklósi was made according to the iconographic sign of the title “Contradictory” (X-shaped, perforated). It draws the viewer’s attention to the intersection of the two directions, supplemented by an image of a video film in an infinite scroll on the monitor where the background (intersection of roads) is in constant motion, with relatively static characters (street vendors). ” – excerpt from the opening speech of Sándor Antik