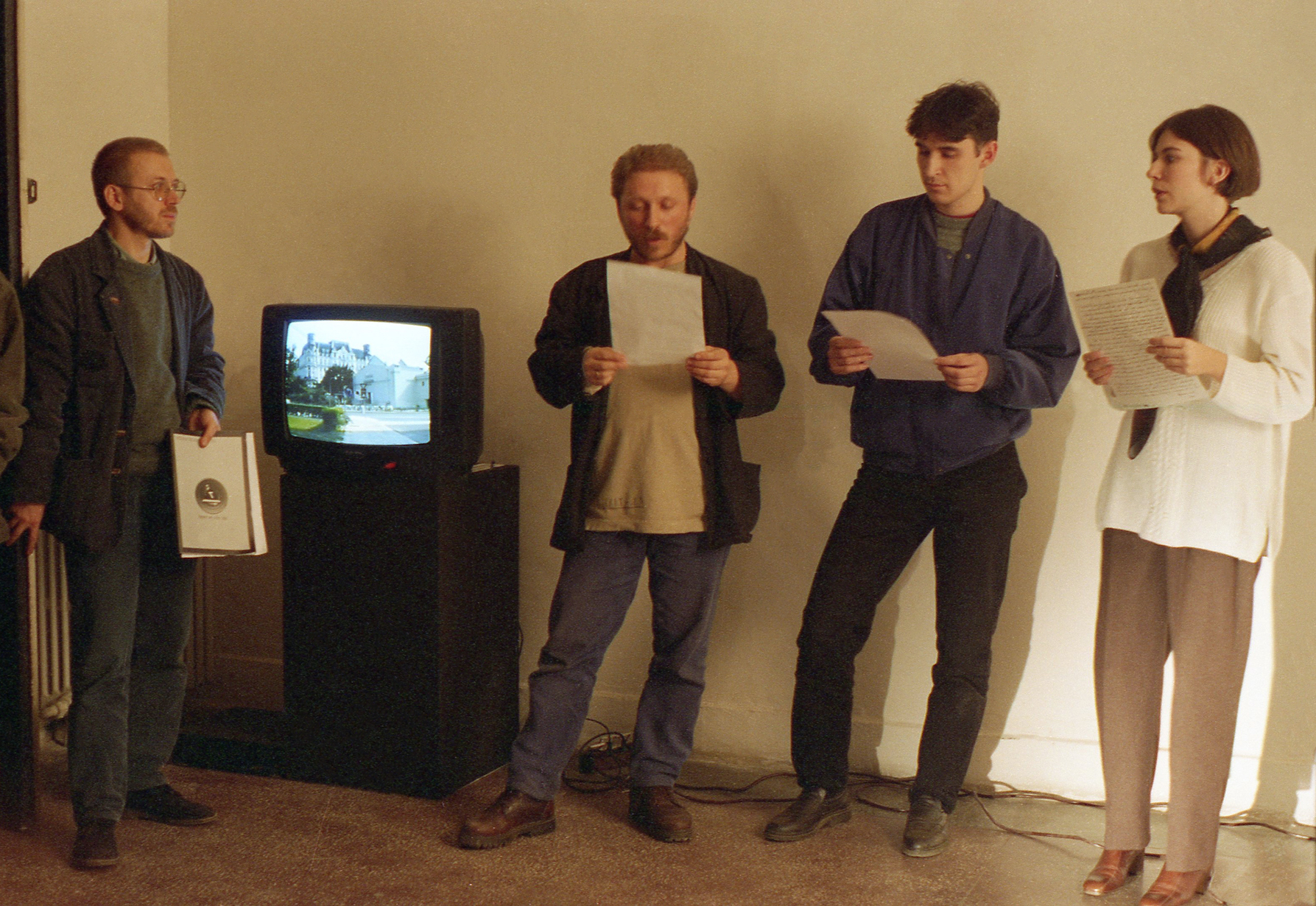 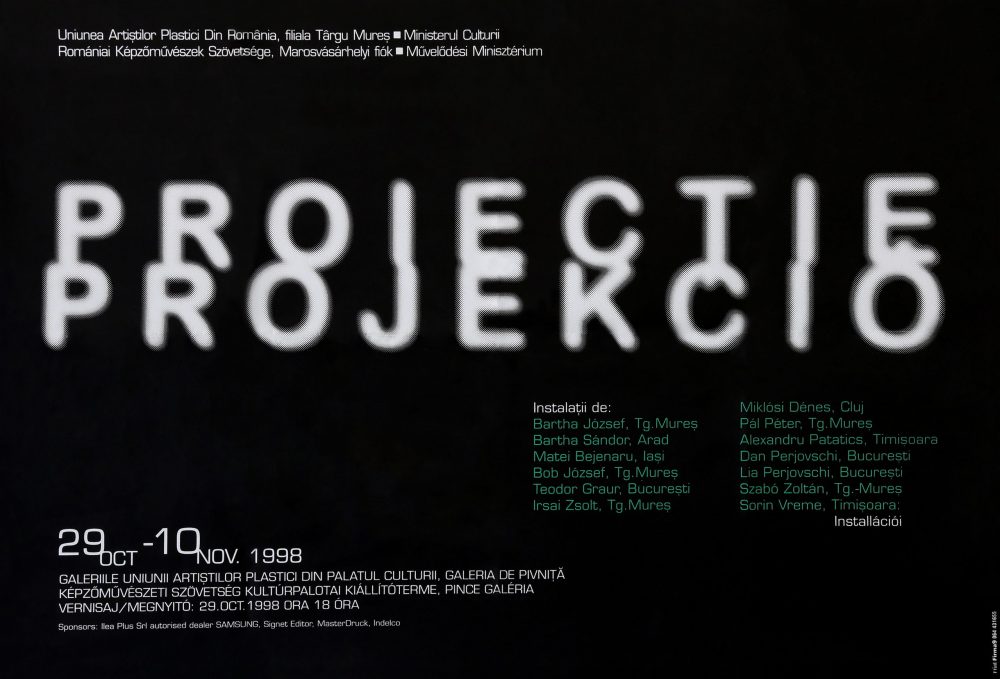 The concept of exhibition

Starting point: the transposing of the connections and functions of the elements present in the cinematographic phenomenon (projector auditorium, screen, audience, entrance hall a.s.o.) Reflections on the relationship between constituting elements of the system, on the shifts of meanings inside the system. The exhibition is based on a flexible structure, in which artistic manifestations can be ranked in 4 categories.

Transposed mechanism: „Projection” transposes the mechanism of projection/ the place of projection/ screen from the film auditorium to the place of the exhibition. As a result, the physical space situated outside the work of art in the case of cinematography becomes a constituting element changing its function and significance. Thus the blending of virtual time and space is revealed.

Factualized projection: The static image/ the frame of the picture/ taken as a constituting element of the film and of its hidden mechanism. The image as presence/ absence. The factualization of situations, objects, scenes.

Entr’act (between acts): Draws the attention to the entrance hall considering the transitory character of this place, its function as site of spontaneous and intimate discussions about what happened in the auditorium.

Private Cinema: Every one of us has an archive of inner films, compedium of memorizing and oblivion, with personal and collective significances. It is possible to create works based on an „exchange of projections” between the artist and the audience.