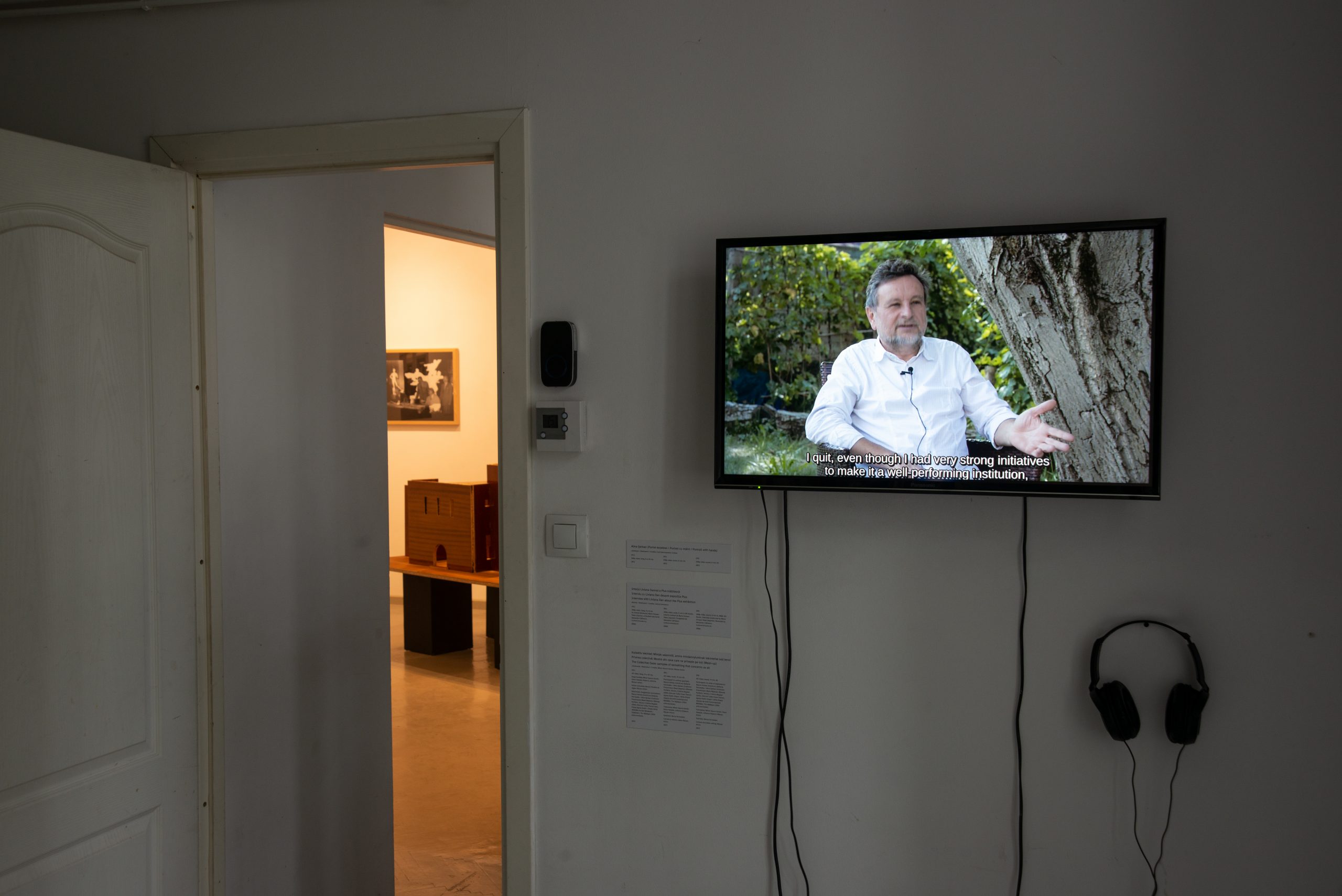 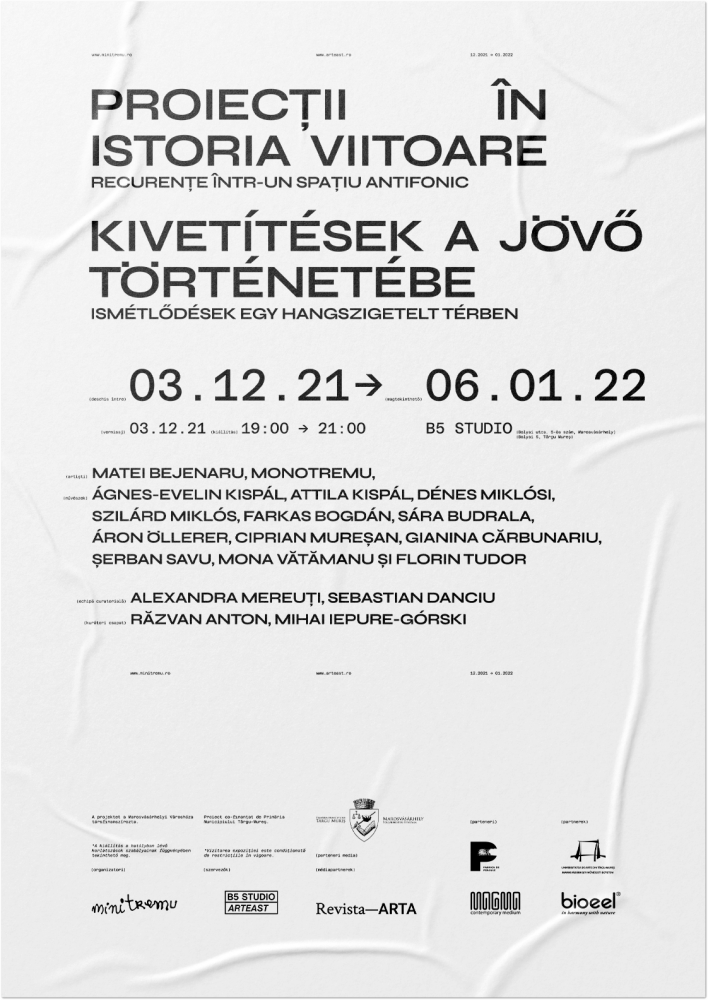 Exhibition
Projections for Future History: Recurrences In An Antiphonal Space

Starting from the idea of projections in a future history and from the gesture of Pierre Schaeffer and Pierre Henry (Symphonie pour un Homme Seul), an early example of concrete music, we began to think of this exhibition as a sound. We wonder how it can resonate in the current (or in the future) context, needing an environment that reflects it.

“The lone man had to find his symphony within himself, not by simply thinking up music in the abstract but by being his own instrument. A lone man possesses much more than the twelve notes of the trained voice. He shouts, he whistles, he walks, he punches, he laughs, he groans. His heart beats, his breathing accelerates, he pronounces words, calls out, and others call in reply. ”
− Pierre Schaeffer, “In Search of a Concrete Music” (University of California Press, 2012)

We came to an analogy between projection and echo, looking both in front and behind. Feeling thrown into the local cultural scene (an effort similar to the orientation in the world) we try, with each next step, to understand the cultural activity of the past, of the last 30 years, although much of it we haven’t experienced directly. We believe that it is impossible to continue a practice (whether artistic or not) or to have the possibility of a projection in the future, without knowing the place where these were originally built. A general observation, which we also state, is that the sounds produced by cultural gestures remain without repercussions – suspended examples in time, without past and future, or only temporary effects (meetings, discussions, temporary projects, etc.).

Eventually, the exhibition came to use two approaches and two interconnected topics: a very concrete one regarding the (cultural) infrastructure and a poetic one regarding the scene. Being aware that what we have set out to do is far too complex only for our own view and for the present context, we hope that bringing these topics back into public debate can provide a beginning for critical contributions and further clarification.

The first topic deals with the lack of public cultural infrastructure, the precariousness of independent non-profit initiatives, the lack of a cultural development strategy involving the whole scene and the lack of platforms for debate. Hence the recurrence of “starting from scratch” and gestures produced by absence, such as: the institution as a personal/artistic project, individual responsibility for research, archiving, etc., replacement of the absent school[1]– blocked and in a state of self-preservation.

The second topic emerged from the question mentioned above, the echo triggered by a cultural action but also by the deficit of critical reactions or public revolts. Here we are talking about a form of a symphony of single people, in which we use ourselves as our own instrument (sometimes also due to the lack of infrastructure), we protest on our own, we mimic that someone listens, we produce individual gestures/sounds, hoping that these will create a (collective) reaction or we even end up contributing to a collective peace.

All these gestures form an informal structure that may or may not have harmonization efforts. This, although functional despite the limited resources, has not yet managed to influence the creation of a public and stable infrastructure, one which won’t disappear with the exhaustion of the initiative behind it.

[1] In the medieval sense of the term, “which includes all educational institutions regardless of level” (Note to the English edition of the book School is Dead: Alternatives in Education by Everett Reimer)