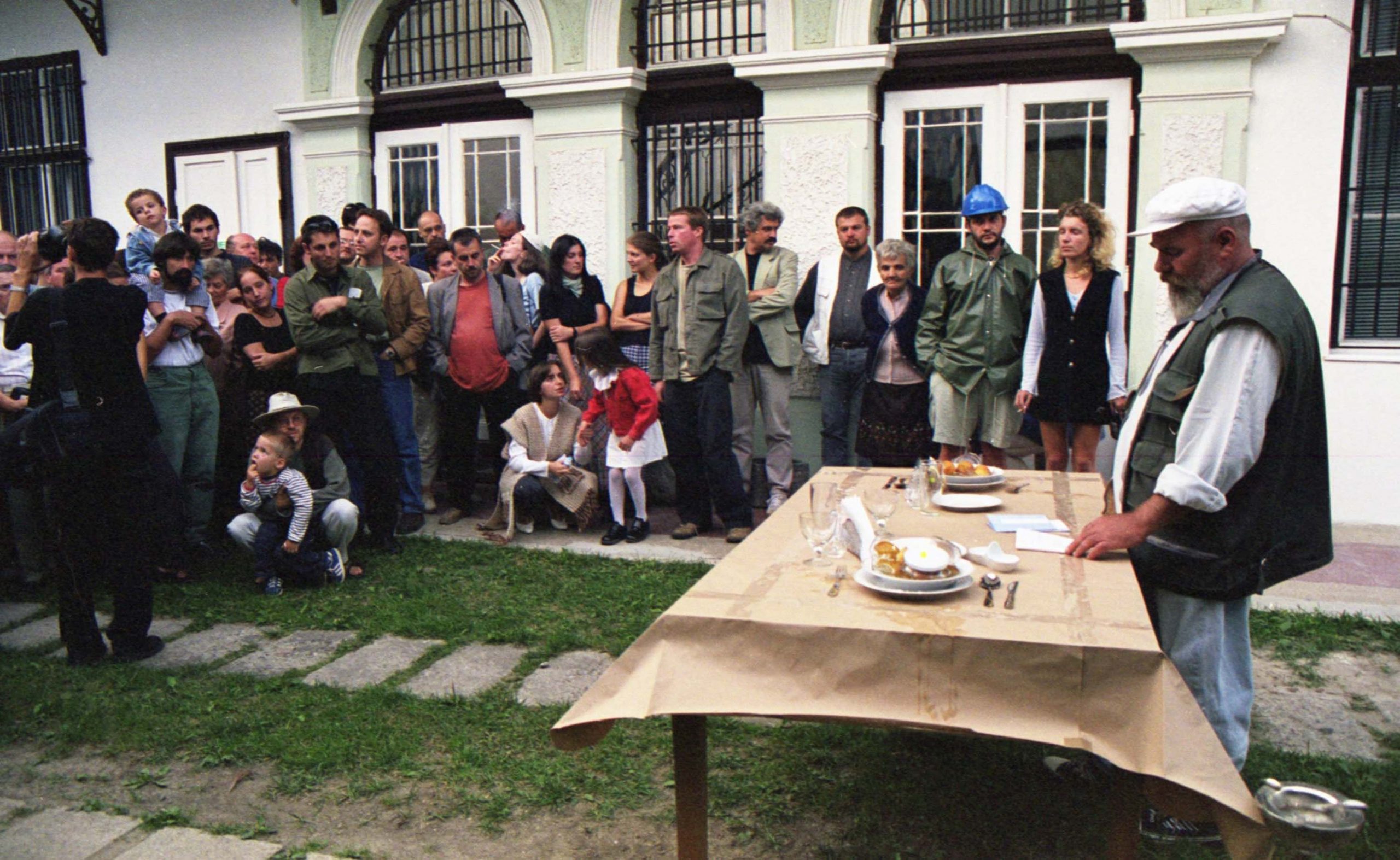 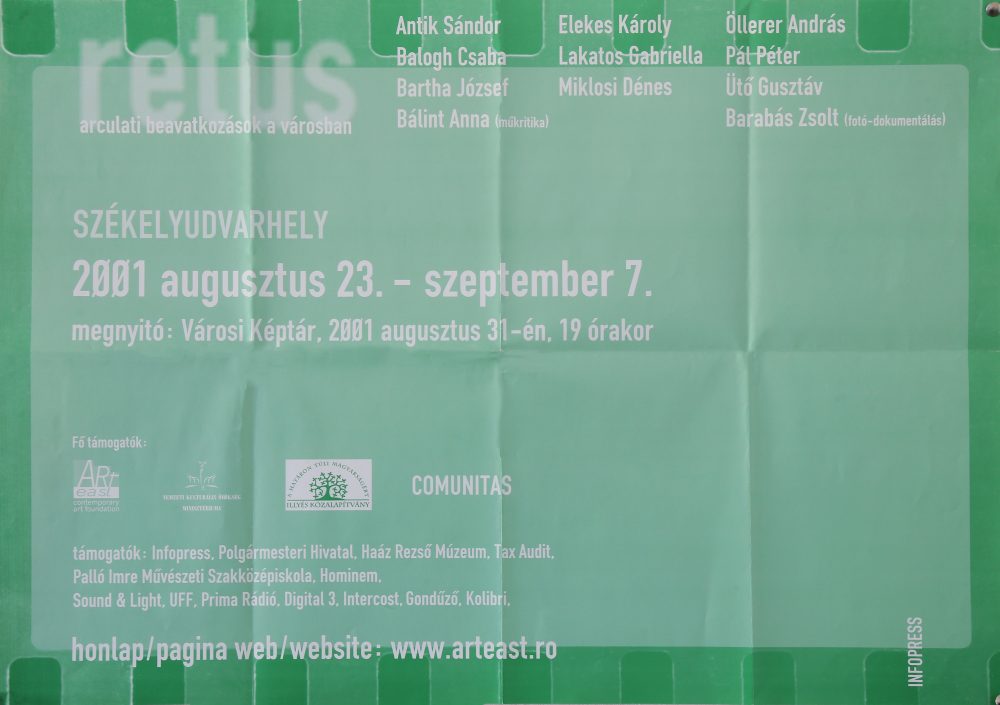 In the period 23-31 August, 2001 Székelyudvarhely (Odorheiu-Secuiesc) housed thecontemporary art event RETUS. The organizers asked for projects that were to intervene into the architectural image and the spirituality of the town, adding corrections or emphasizing certain elements with their suggestions. These works were also meant to familiarize the local public with new forms of visual artistic expression. It included local installations, interventions and performances, while the visual documentation of the different works was exhibited synchronically at the Rezső Haáz Museum at the opening. The comprehensive title – RETUS- offers a multitude of interpretations. Participants were mainly artists of local origin, yet this does not necessarily lead to the cultural statement of exaggerated local patriotism. Of course, this affirmation does not concern the use of
different motifs. The titles of a few works refer to belonging to or breaking away from a
place, presented in an atmosphere of nostalgia or wrapped in irony. – Sándor Antik