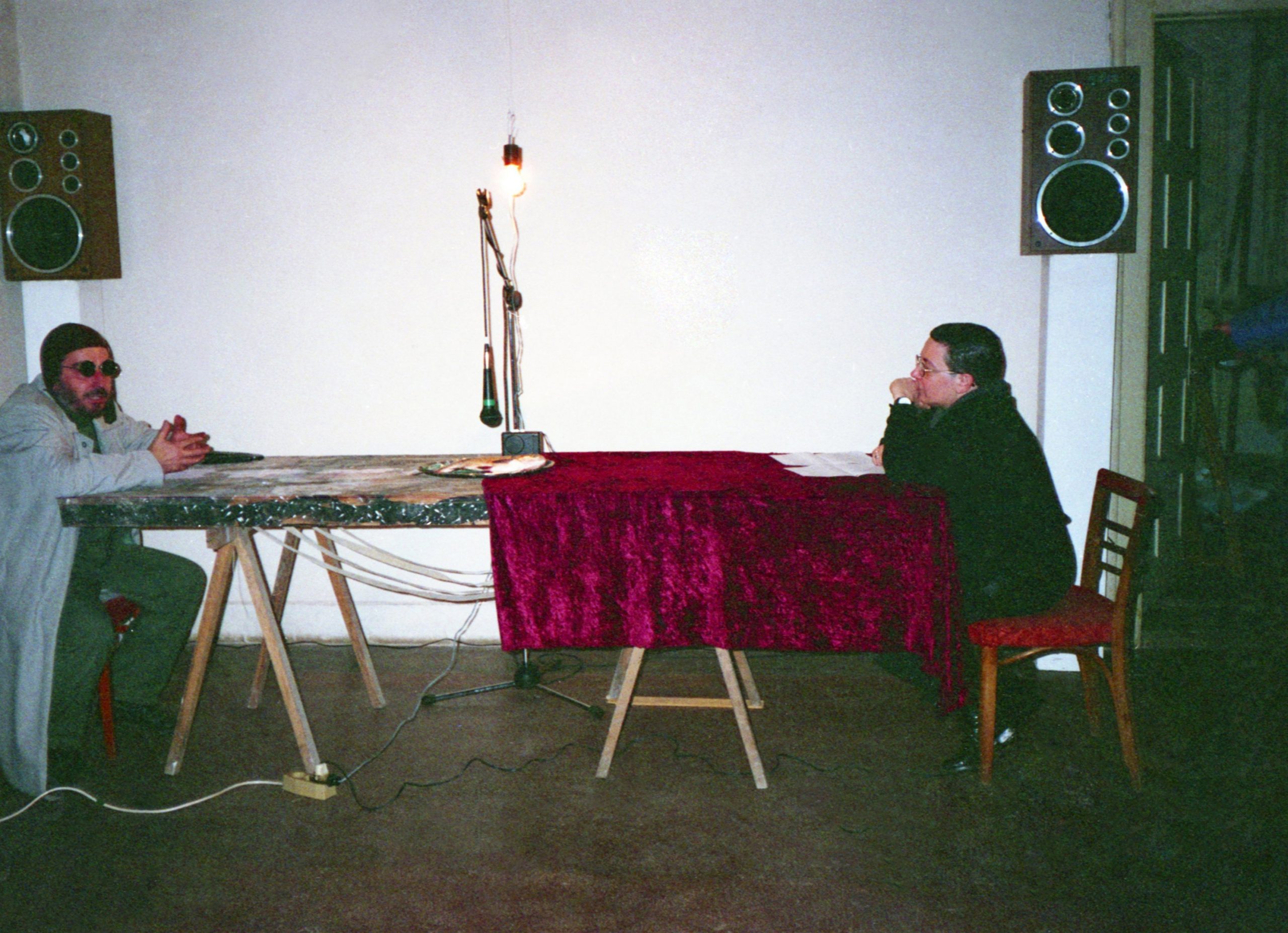 The public dialogue between the artist and the art critic was staged by this action. The dialogue was about my work in the exhibition, the status of the artist in a changing context, roles taken or not taken, etc. The informative communications of the verbal dialogue were complemented, or rather disturbed, by ‘side events’ in the field of action. During the podium talk, a waiter brought a live fish on a silver tray and placed it between the two participants. The agonizing, microphone-amplified twists and sounds of the fish constantly “spoke” into the podium discussion, sort of warning those present that artistic communication itself is “dying just dry,” no matter how serious or serious the conversation is about.