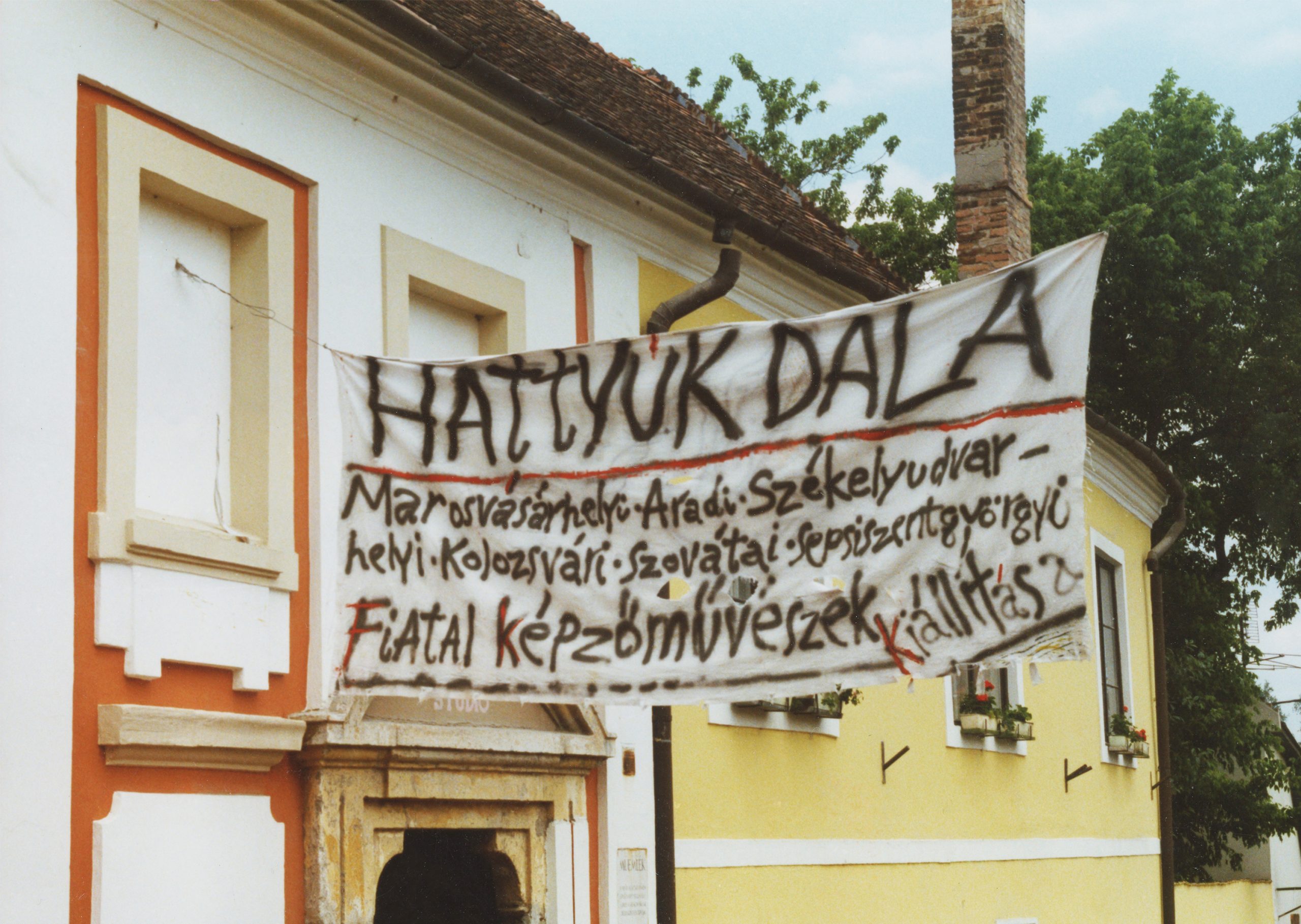 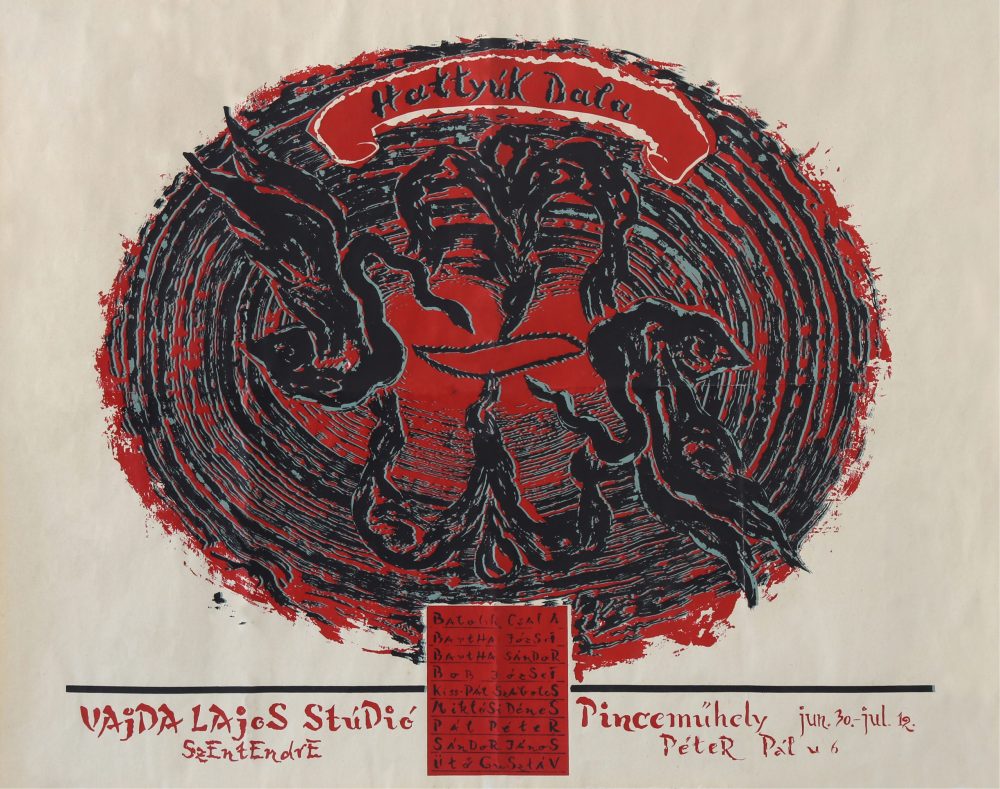 From the ‘70s onwards, the local MAMŰ group has had a prolific connection with the Vajda Lajos Studio from Szentendre, Hungary. The exhibition Song of Swans was the result of an invitation from the Szentendre group, and was organized by Novotny Tihamér in collaboration with Bartha József, in the Vajda Lajos basement Gallery. The exhibition – in which the dominant medium was painting – was opened with the recorded speech of Novotny from an audio cassette, with the author himself pushing the ‘play’ button (“OpEned bY a BASF CasSette (LenDing his VoiCe and ThoUghts: Art HisToriAn NoVotny Tihamér)”says the text on the printed invitations). For the event, the artists put together an exclusive photocopied “catalogue”, independent from the exhibited works, which contained their professional data as well, but was treated as a creative medium in itself. The publication is in line with the print experiments of ‘80s/’90s Eastern Europe, but it also fits in perfectly with Zine Culture. The majority of the exhibition material was subsequently shown in Budapest, at the FMK (Club of Young Artists). – Kata Ungvári Zrínyi