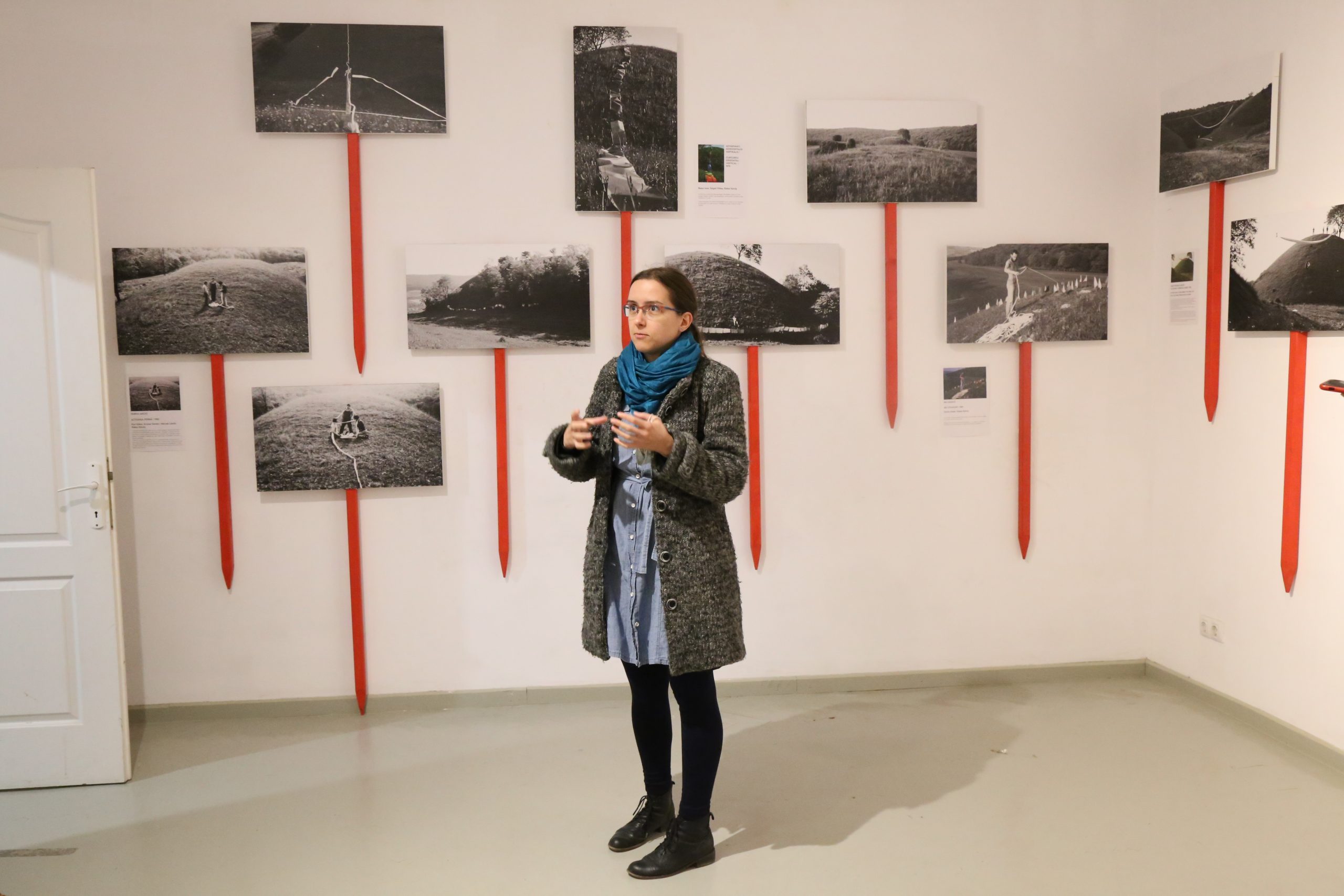 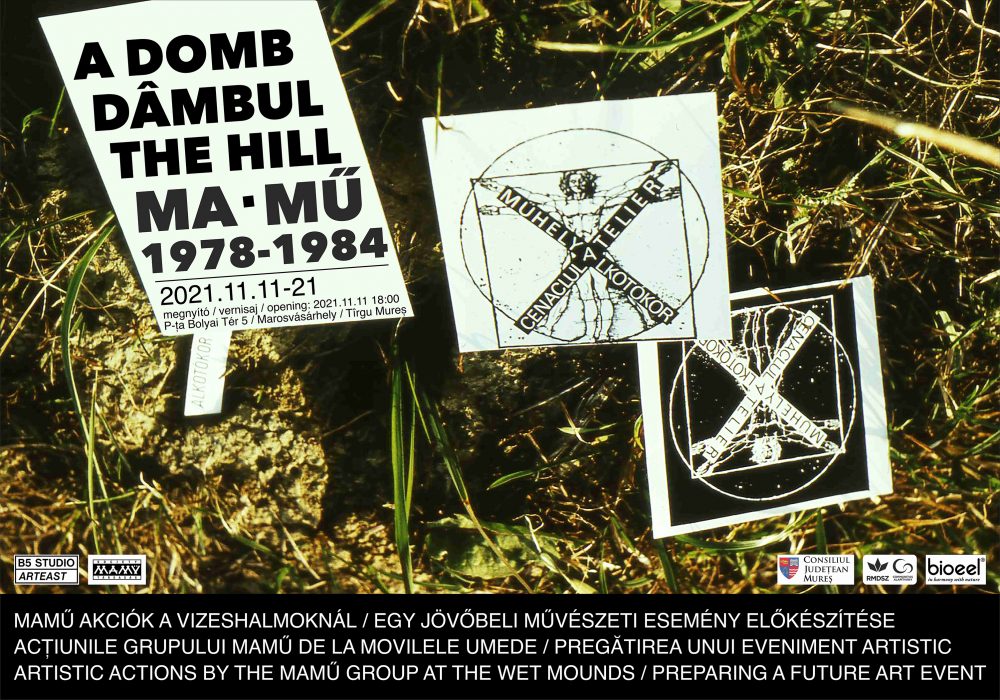 THE HILL / MAMŰ 1978-1984
ARTISTIC ACTIONS BY THE MAMŰ GROUP AT THE WET MOUNDS.
PREPARING A FUTURE ART EVENT

The exhibition of the B5 Studio is organized in preparation of a 2022 art event, offering us the chance to get immersed in the (document status) images that show the actions of the MAMŰ group around the location called the “Wet Mounds” (close to Târgu-Mureș, near Livezeni).
The focus on the location, on one hand, highlights the mysticism of the actions, drawing up an image of the human environment which could as well be called the spiritual, intellectual “location” of the actions; on the other hand, it projects the action which will be taking place at the original location in the second part of the project.
This is a protest in which the object form of the exhibited images (protest sign) creates a kind of visual manifesto which gets its power from the precision and rawness of documents.
However, if we immerse ourselves in the details, reading through the finesse of the images, we find that the documentation arranged in the space rather resembles a kind of séance which evokes the sphere of the MAMŰ group and with it: the agency of art in that period, its authentic clarity, and the kind of fullness of substance which manifested in spite of the actual state of society, yet at the same time through processing and sublimating it. – Kata Ungvári-Zrínyi

Special thanks to Károly Elekes and László Aladár Gárda for their contribution to the project.

The pictures are from the archives of Károly Elekes and László Gárda Aladár.

The poster of the event was made by József Bartha using a photo by Károly Elekes.