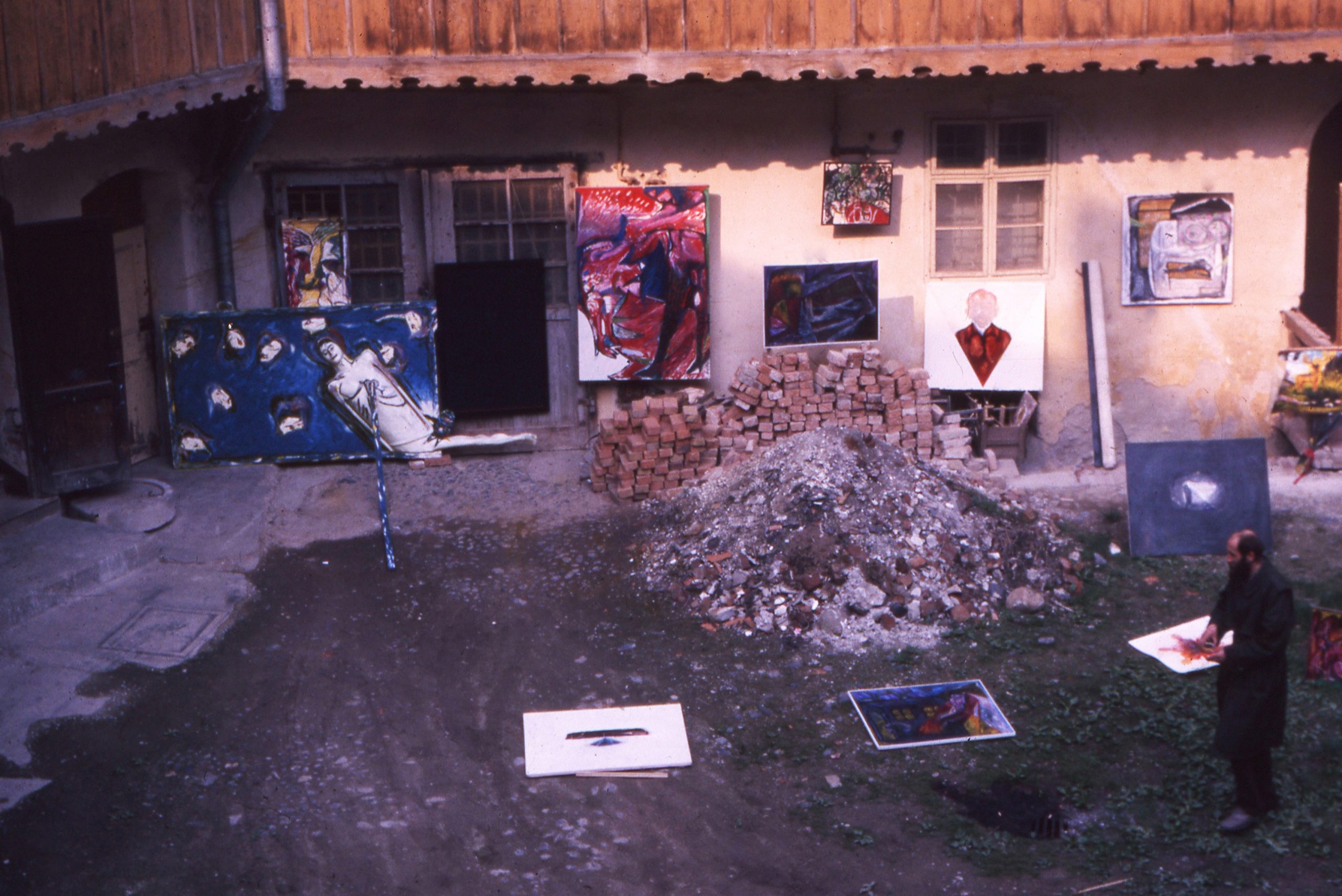 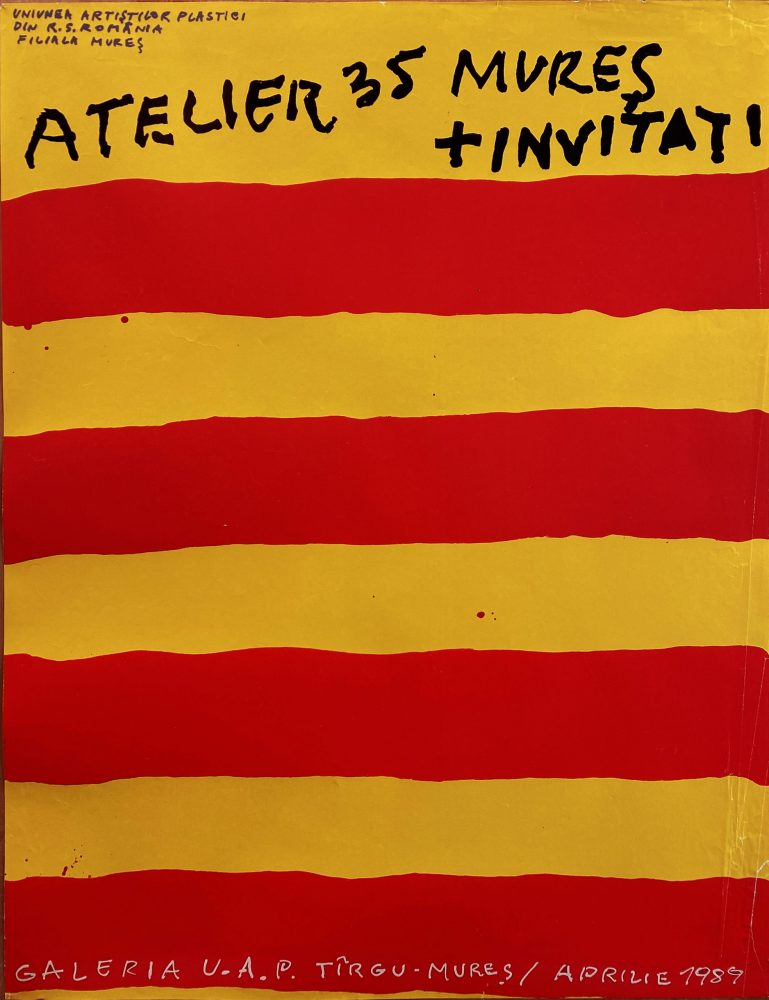 The works of this exhibition were part of a surprising journey. The exhibition which was supposed to take place in the Gallery space of the Artists’ Union in April of 1989 has not passed the local censorship committee of the state (communist) party. The works which were mostly conceived in the spirit of Neo-expressionism (Transavantguardia/Heftige Malerei/Neue Wilden) possessed an explosive, raw expression which deeply unsettled and shocked the committee – who would rather have seen automatic echoes of the virtues of the “Golden Age” on the canvases and other surfaces.

Under such circumstances, for the time of the proposed opening, the organizers (Erdei Gy. Zoltán, Adrian Chira, Bartha József) moved the works from the official Artists’ Union Gallery to the courtyard of the artist studios located on Bolyai Square no.5. Here, after the arrival of the guests they held a private exhibition opening, behind a closed gate (opening speech: Magda Cârneci).

After the 1989 revolution, in January of 1990, they exhibited the works that still remained in Targu-Mures in an unconventional way, as an intervention into public space, leaning them for a few days against the wall of the Orthodox (formerly Greek Catholic) church in the city centre. – Kata Ungvári Zrínyi